Mini-budget: What is it and how does it affect you?

On Friday 23rd September, Chancellor Kwasi Kwarteng MP, shared the Conservative Government’s mini-budget plans in
the House of Commons, stating: “people need to know help is coming and it is indeed coming.”

In this document, you will find a summary of the key points raised in the Budget update, including the topics of NI, tax, energy prices and stamp duty. The aim of this document is to give an indication of the changes and how they may affect you and your clients.

The Chancellor outlined the Government’s energy price guarantee which limits the unit price of gas and electric for 2 years, capping the annual average household bills at £2,500. The Government is continuing with the existing plans of a £400 rebate to each household this winter, with millions of the most vulnerable households receiving additional payments, and potential savings of £2,200 this year.

Rising energy costs creates a real risk to energy businesses. To support this market, the Chancellor announced a market financing scheme with the Bank of England to offer emergency liquidity to energy suppliers and cap unit price limits for companies.

The Government’s energy plan will reduce peak inflation by 5%, which will lower the wider cost of living expenses and help businesses and the British people with the cost of energy.

The Chancellor says the cost for six months of the energy plan will be £60bn.

The Chancellor says Great Britain “needs a new approach for a new era” to reach 2.5% growth.

Outlining the Government’s new mini-budget growth plan, he set out a new approach for growth centered around 3 central policies:

The Chancellor endorsed the Government’s use of borrowing powers to fund temporary measures to support families and businesses, adding that “the heavy price of inaction would have been far greater than the cost of these schemes.”

The Chancellor continued to state that there are too many barriers for enterprise, and that we need to approach this by reforming the economy.

To drive growth, The Chancellor explained we need new sources of capital investment and as such, pledged to accelerate reforms for the pension charge cap which will unlock pension fund investments into UK assets and high growth businesses.

This will benefit savers and provide up to £500m in innovative funds and attract billions of additional pounds into the UK science and technology scaleups.

Mr. Kwarteng described the current planning system as “too slow and fragmented” and explained the need to end this. The new bill will “streamline consultations and endless duplications” and he pledges to “get Britain building.”

Additionally, he will prioritise infrastructure projects for transport, telecoms, and energy.

Unemployment is at the lowest level for nearly fifty years with more job vacancies than unemployment.

The Chancellor confirmed several policies as part of his mini budget, with a view to reducing benefits if people do not fulfill their potential working hours. This includes up to 120,000 people who are currently claiming universal credit and that will need to take extra steps to earn more money or face having their benefits reduced.

Extra support will be provided to those who are over fifty and who are out of work.

Mr Kwarteng described the current strike actions as unacceptable as it impacts so many lives. He explained that we need the same minimum standards as other countries to stop “militant trade unions” closing transport during strikes.

As such, the Chancellor introduced new legislation requiring trade unions to put a pay offer to a member vote to ensure strikes can be called only once negotiations have truly broken down.

The bankers’ cap was introduced by the European Union in the wake of the global financial crisis, meaning that bankers’ bonuses could not be higher than twice their annual salary.

Mr. Kwarteng stated that all the bonus cap did was push up basic salaries of bankers or drive them directly outside of Europe, so it was never truly capped.

Therefore, the cap is being scrapped which will encourage banks to work and pay taxes in the UK.

The Chancellor explained the importance of establishing investment zones across the UK and is committed to working with local partners to also ensure Scotland, Wales and Northern Ireland will benefit if they are willing to do so.

Personal taxation is an important principal, that people should keep more of the money that they earn. This is a good policy to boost incentives for work and enterprise.

This cut will take place from the earliest possible moment of 6th November 2022 reversing the levy of a tax cut for twenty-eight million people worth on average £330 every year.

A tax cut for nearly one million businesses and the additional funding for the NHS and social care services will be maintained at the same level.

Mr. Kwarteng went on to say that “tax determines the incentives across our whole economy, we believe high taxes reduces the incentive to work, they deter investments, and they hinder enterprise.”

As such, he announced several Government taxes cuts:

It is businesses that invest in the products and services the country relies on, so every additional tax on a business is ultimately passed onto families through higher prices, lower pay, and lower returns on savings.

The Chancellor announced that the planned increase to corporation tax will be cancelled and will remain at 19% instead of increasing to 25%. This will result in Great Britain having the lowest corporation tax in the G20 and will plow almost £19bn back into the economy which is for business to “reinvest, raise wages or pay dividends that supports our pensions”.

Additionally, it was announced the bank surcharge will remain at 8%. Mr. Kwarteng said, “our duty is to make the United Kingdom one of the most competitive economies in the world and we are delivering, we will deliver on this.”

Changes to the tax system

For the tax system to favour growth, it needs to be much simpler, and the Chancellor announced his plan to embed tax simplification into the heart of the Government, rather than having it separate to the Treasury and HMRC. This will be achieved by mandating all of his tax officials to focus on simplifying taxes to achieve a simpler system.

The plan to do this is by automatically sunsetting EU regulations by December 2023, requiring departments to review, replace, or repeal retained EU laws. The Chancellor said that this “will improve growth and restore the primacy of UK legislation.”

The UK welcomes millions of tourists each year and in order for our high streets, airports, and shopping centres to feel the economic benefit, an introduction of VAT free shopping for overseas visitors was announced.

The Government’s drive to modernise also extends to alcohol duties with an introduction of an 18- month measure for wine duty and a draught relief on smaller kegs to support smaller breweries. The planned alcohol tax increase has been cancelled.

He continued, “The higher the tax, the more ways people seek to avoid them, work elsewhere or simply work less.”

The Chancellor announced the 45% top rate of income tax will be abolished and replaced with a top rate of 40% which will simplify the tax system and make Britain more competitive. This will reward enterprise and incentivise growth.

Furthermore, it was announced the cut in the basic rate of income tax from 20% to 19% in April 2023 resulting in a tax cut for over thirty-one million people.

Home ownership is the most common route for people to own an asset, giving them a stake in the success of the economy and society. It was announced that to support growth and to support families inspiring to own their own home, stamp duty will be cut effective from today and is permanent:

These measures mean around two hundred thousand more people will be taken out of paying stamp duty altogether.

Are you taking enough risk with your pension? Being too cautious could mean lower returns

Mark provided clear, concise and understandable information on the options that were available to us. He talked us through our risk profile and provided sound advice on the action for us to take going forwards.

Client based in West Yorkshire

Mark is excellent at explaining the complexities of investing to somebody with very little understanding of financial matters. He has devised a portfolio of investments that should give me a comfortable living. He’s a likeable, approachable person with so much patience.

When we were looking to set up a trust fund for our daughter, Mark talked us through every step of the way. He made sure we fully understood the nature of what we were looking to achieve and formulated a sensible approach to the trust investment.

Having released equity from my house sale, I needed specialist advice regarding how to invest the money to achieve the best return. Mark helped by producing a comprehensive financial portfolio. He thoroughly explained how the service worked and was very helpful and professional throughout the whole process.

Mark has helped a number of my clients with key person insurance. He’s also reviewed my pension pots and advised me on the best way to manage them moving forward. I value that he’s available when I call.

Mark has listened to what I want to achieve and created a portfolio of investment products to meet my needs. He has clearly explained the options that are available to me along with the beneﬁts and risks of each of the investments he has recommended. Mark has been my ﬁnancial adviser for over 10 years and during this time I have been very happy with the quality of the advice he has provided to me.

Mark helped by initially spending time to understand my goals and objectives not just from a ﬁnancial point of view but also for my life in general. He produced a detailed report that reﬂected our discussions and included recommendations which encompassed an overriding strategy. Mark has advised me on other important ﬁnancial matters such as my pension, retirement income and inheritance planning. 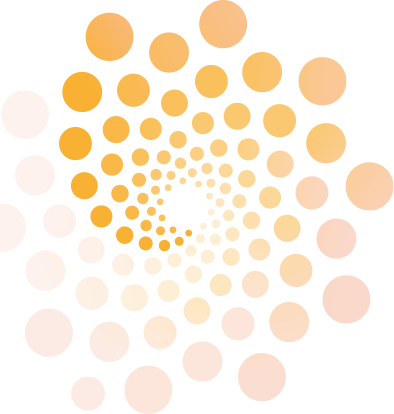 How can we help?

If you’d like to find out more about what we can do for you, just get in touch using our contact form.

The information contained in this website is aimed at UK consumers and should not be looked upon as advice or recommendation, clients should seek appropriate guidance from their financial planner. The Financial Ombudsman Service is available to sort out individual complaints that clients and financial services businesses aren’t able to resolve themselves. To contact the Financial Ombudsman Service, please visit www.financial-ombudsman.org.uk.

You can find out more about which cookies we are using or switch them off in settings.

This website uses cookies so that we can provide you with the best user experience possible. Cookie information is stored in your browser and performs functions such as recognising you when you return to our website and helping our team to understand which sections of the website you find most interesting and useful.

Strictly Necessary Cookie should be enabled at all times so that we can save your preferences for cookie settings.

If you disable this cookie, we will not be able to save your preferences. This means that every time you visit this website you will need to enable or disable cookies again.

This website uses Google Analytics to collect anonymous information such as the number of visitors to the site, and the most popular pages.

Please enable Strictly Necessary Cookies first so that we can save your preferences!